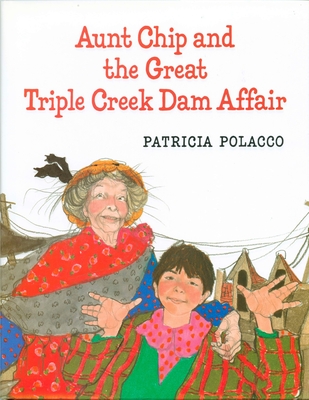 How much TV is too much TV? Welcome to Triple Creek, where the townspeople watch TV day and night. They watch it when they're eating, working, playing, and sleeping. They even use TVs to teach the kids at school. But when Eli's eccentric Aunt Chip (who refuses to own a TV) discovers that her nephew and her neighbors don't remember how to read, she pulls the plug on the whole town, using books that have been piled high to build a dam to spread the magic of reading all around.