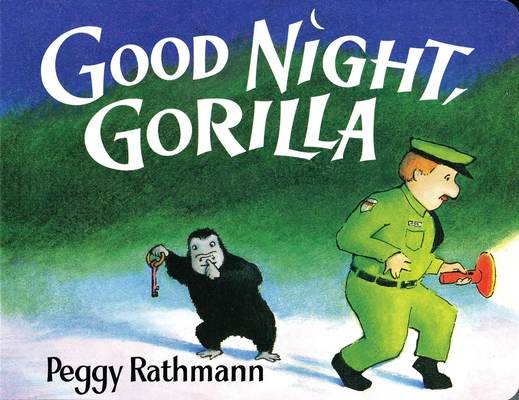 A must-have board book for all baby bedtimes and gifting occasions.

It's bedtime at the zoo, and all the animals are going to sleep. Or are they? Who's that short, furry guy with the key in his hand and the mischievous grin?

Sneak along behind the zookeeper's back, and see who gets the last laugh in this riotous good-night romp.

Also available in Spanish as Buenos noches, Gorila. Look for Peggy Rathmann's other lively favorites 10 Minutes Till Bedtime and The Day the Babies Crawled Away.

"In a book economical in text and simple in illustrations, the many amusing, small details, as well as the tranquil tome of the story, make this an outstanding picture book." --The Horn Book, starred review

"Jaunty four-color artwork carries the story and offers more with every look." --Booklist