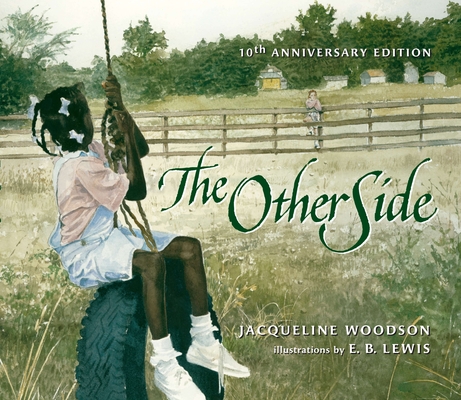 Clover's mom says it isn't safe to cross the fence that segregates their African-American side of town from the white side where Anna lives. But the two girls strike up a friendship, and get around the grown-ups' rules by sitting on top of the fence together.

With the addition of a brand-new author's note, this special edition celebrates the tenth anniversary of this classic book. As always, Woodson moves readers with her lyrical narrative, and E. B. Lewis's amazing talent shines in his gorgeous watercolor illustrations.

Praise For The Other Side…

"Even young children will understand the fence metaphor and they will enjoy the quiet friendship drama."—Booklist

E.B. Lewis was born on December 16, 1956, in Philadelphia, PA. As early as the third grade he displayed artistic promise. Inspired by two uncles, who where artists, Lewis decided he wanted to follow in their footsteps.