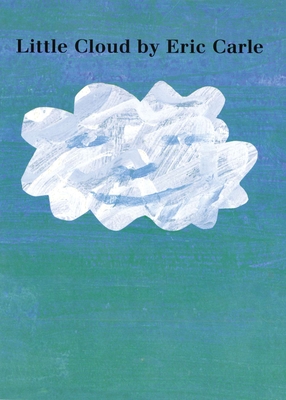 At last! Here's a brand-new board book edition of an Eric Carle picture book that's a favorite with littlest cloud gazers everywhere! Little Cloud likes to stand out from the crowd. When all the other clouds drift up, he goes his own way, changing shapes to become a sheep, an airplane, a shark and a funny clown. It?s all lots of fun, but so is playing with friends. So this time, Little Cloud joins the crowd, gathering with his pals into one giant cloud. And then they rain!

In Little Cloud, Eric Carle celebrates the possibilities of imagination with textured collages of sky-blue and white in a story that will encourage the youngest child to "read" clouds.