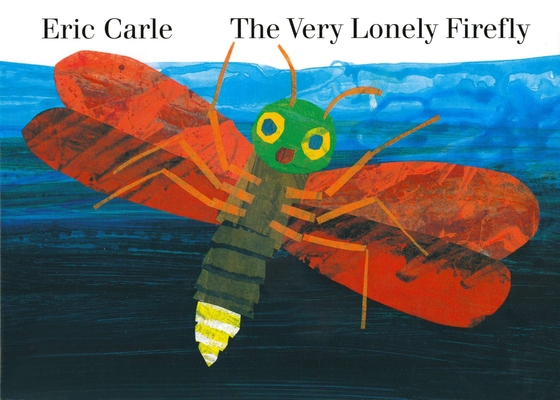 The Very Lonely Firefly board book (Board book)

A VERY classic from Eric Carle, creator of The Very Hungry Caterpillar!

When a very lonely firefly goes out into the night searching for other fireflies, it sees a lantern, a candle, and the eyes of a dog, cat, and owl all glowing in the darkness. It even sees a surprise celebration of light. But it is not until it discovers other fireflies that it finds exactly what it's looking for--a surprise sure to bring smiles to anyone who turn the final page!

Lushly illustrated with Eric Carle's trademark vibrant collage art, soothingly told with a gentle read-aloud rhythm, and complete with a surprise sure to "light up" children's faces, The Very Lonely Firefly will fast become a storytime favorite. Read it with a flashlight in the dark or under the table--and watch those fireflies glow!