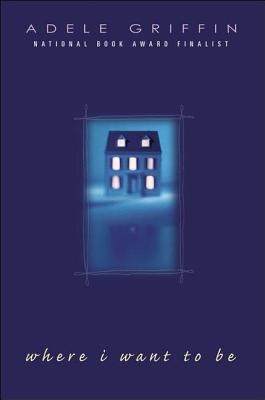 Where I Want to Be

Once, Jane was the big sister, teaching Lily to play make believe and protecting her from thunderstorms. But then Lily grew up. She started making friends and dating boys, while Jane wanted to go on playing make believe forever. For Jane, the line between fantasy and reality had always blurred, whereas Lily lived for a future bright with expectation and change. Inevitably, the sisters found a gulf widening between them-Lily reveling in her newfound love, while Jane could only watch, frustrated, from the sidelines. How had her little sister managed to eclipse her?
Then tragedy struck. But the story was not over. . . .
Adele Griffin has crafted a spellbinding book, told in the alternating voices of two very different sisters dwelling on opposite sides of life and death, who are bravely trying to overcome the void and bring light to each other.


Praise For Where I Want to Be…

A resounding affirmation that fears are to be faced, not denied, and life is to be lived, not mourned. (Publishers Weekly, starred review for The Other Shepards)

Adele Griffin s critically acclaimed novels include The Other Shepards, Amandine and National Book Award Finalist Sons of Liberty. Her numerous awards and accolades include ALA Best Book for Young Adults, ALA Notable, CCBC Choice, IRA-CBC Children's Choice and Bank Street Book of the Year. She lives in New York City."
Loading...
or
Not Currently Available for Direct Purchase