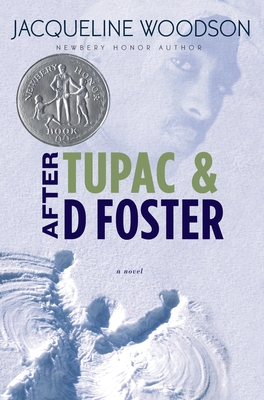 The day D Foster enters Neeka and her best friend’s lives, the world opens up for them. D comes from a world vastly different from their safe Queens neighborhood, and through her, the girls see another side of life that includes loss, foster families and an amount of freedom that makes the girls envious. Although all of them are crazy about Tupac Shakur’s rap music, D is the one who truly understands the place where he’s coming from, and through knowing D, Tupac’s lyrics become more personal for all of them.

The girls are thirteen when D’s mom swoops in to reclaim D—and as magically as she appeared, she now disappears from their lives. Tupac is gone, too, after another shooting; this time fatal. As the narrator looks back, she sees lives suspended in time, and realizes that even all-too-brief connections can touch deeply.

Praise For After Tupac & D Foster…

"The subtlety and depth with which the author conveys the girls' relationships lend this novel exceptional vividness and staying power."—Publishers Weekly

"Jacqueline Woodson has written another absorbing story that all readers—especially those who have felt the loss of a friendship—will identify with."—Children's Literature

"Woodson creates a thought-provoking story about the importance of acceptance and connections in life."—VOYA

"Woodson [has] created moments of humanity that the girls respond to with whole hearts. They wear innocence like polished armor, and it shines."—New York Times