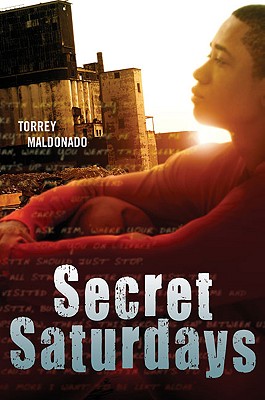 Read Torrey Maldonado's posts on the Penguin Blog and the new Penguin Community.
A poignant look into one fatherless twelve-year-old's struggles with friendship and trust.

Sean is Justin's best friend, at least Justin thought he was. But lately Sean has been acting differently. Sean's been telling lies, getting into trouble at school, and hanging out with a tougher crowd, even getting into fights. This isn t like Sean at all.

When Justin finally discovers that Sean's been secretly going to visit his father in prison and is dealing with the shame of that, Justin wants to do something to help before his friend spirals further out of control. But what if confronting Sean means Justin loses his very best friend? In the end, he decides it doesn t matter; he's got to man up.

Set in one of New York's most dangerous neighborhoods, "Secret Saturdays" is an affecting read highlighted by strong characters and an authentic, heartening voice.

Torrey Maldonado is ateacher born and raised in Brooklyn, New York, where hestill lives. "Secret Saturdays" is inspired by his life and theexperiences of his students.
Loading...
or
Not Currently Available for Direct Purchase