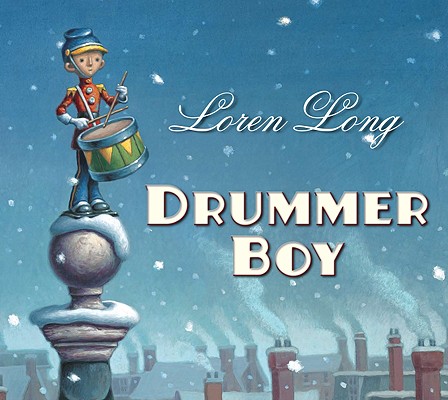 In a wintry little town, a drummer boy appears on a child's doorstep. And when it is still and quiet, the drummer boy plays, boom pum pum boom pum, and warms the child's heart. But one day the drummer boy is accidentally knocked into the trash, sending him on a journey he never imagined--a journey on which he continues to play his drum, warming the hearts of others, from a rat to an owl to a snowman. And in a touching conclusion, his own heart is warmed as he plays to his most perfect audience: the baby in a manger.

Loren Long brings this story of an unforgettable little drummer boy to vivid life with his timeless and magical art.