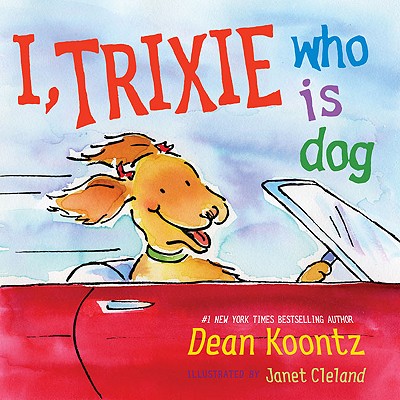 I, Trixie, Who is Dog

Not everyone can be a dog. Some must be people. Some must be cats, or birds, or even skunks, although it?s hard to explain why anyone would want to be a skunk. But Trixie is happy, because she does get to be a dog?the best thing there is to be. The food, the belly rubs . . . if only she could drive, her life would be perfect!

Dean Koontz was born in Everett, Pennsylvania, and grew up in nearby Bedford. He won an Atlantic Monthly fiction competition when he was twenty and has been writing ever since. Mr. Koontz's books are published in 38 languages. Worldwide sales total more than 175 million copies, a figure that currently increases at a rate of more than 350 million copies a year. Dean and his wife, Gerda, live in southern California.
or
Not Currently Available for Direct Purchase