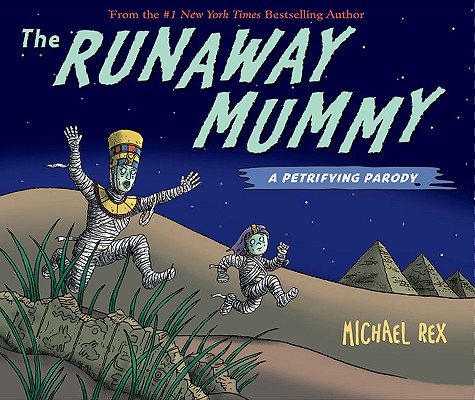 “Michael Rex, author of Goodnight Goon, has written another wonderfully goofy Petrifying Parody of a revered, bedtime classic. I am sure that somewhere in a parallel universe, mother mummies are reassuring their little mummies with this timeless story.”
— Ellen Davis, Dragonwings Bookstore, Waupaca, WI
View the List

Once there was a little mummy who wanted to run away. ?If you run away,? said Mother Mummy, ?I will get you! For you are my rotten little mummy!?

A little mummy transforms into a series of incredible monsters in order to run away and assert his independence. His mother keeps coming to ?get? him, but this little mummy has a mind of his own. Filled with uproarious illustrations, another beloved classic gets a kind-hearted send-up in this utterly monsterized parody. Ener getic art and a hilarious text will have kids begging to read this again and again.

Michael Rex lives in the Bronx, New York.
Loading...
or
Not Currently Available for Direct Purchase