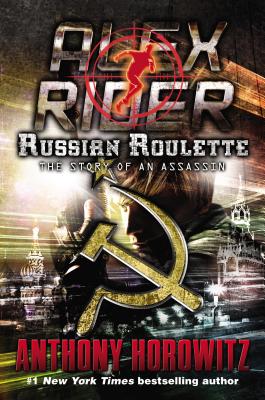 The Story of an Assassin (Alex Rider #10)

The final book in the #1 bestselling Alex Rider series with over 6 million copies sold in the U.S. alone!

Alex Rider’s life changed forever with the silent pull of a trigger.

When Ian Rider died at the hands of the assassin Yassen Gregorovich, Alex, ready or not, was thrust into the world of international espionage—the world’s only teenage spy. Alex vowed revenge against Yassen and the two have battled ever since. Yet, years ago, it was none other than Alex’s own father who trained and mentored Yassen, turning him into the killer he would eventually become.

What makes us choose evil? Why did one boy choose to kill while another chose to risk his life to save others? In some ways, Alex Rider and Yassen Gregorovich are mirror images of each other. Yet the paths they traveled turned them into mortal enemies.

This is Yassen’s story. A journey down a darkened path.

Anthony Horowitz (anthonyhorowitz.com) is a world-renowned screenwriter for film and television, having received multiple awards. And he is, of course, the author of the #1 New York Times bestselling Alex Rider novels, which have become bestsellers the world over, spawned a major motion picture, and a line of graphic novels. A master of the spy thriller, Anthony is the only writer authorized by both the Arthur Conan Doyle and Ian Fleming Estates to write original Sherlock Holmes and James Bond novels, respectively. Anthony lives with his wife in London, England; they are parents to two grown boys. Follow Anthony on Twitter @AnthonyHorowitz.
Loading...
or
Not Currently Available for Direct Purchase