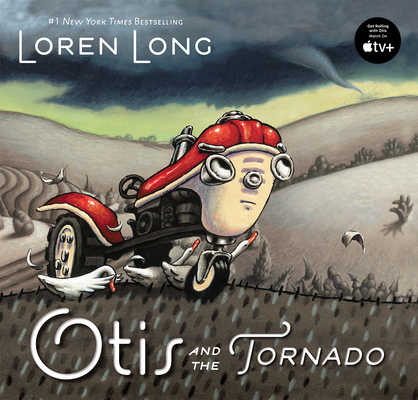 Otis and the Tornado

“Otis, Long's wonderfully plucky tractor, is back, in an adventure tale that is sadly timely. When the farm friends face a tornado heading their way, they must move swiftly to safety. But who will rescue the bully of the farmyard, the bull who has frightened them all but now cries in fear? Otis saves the day, and everyone learns that courage is different from strength, and that friends are more valuable than anything.”
— Leslie Reiner, Inkwood Books, Tampa, FL
View the List

Otis and all his farm friends are enjoying a summer's day, but the bull has no interest in playing and stays in his pen. Suddenly the day turns frightening and stormy: it's a tornado! Otis takes all of the animals to safety, but the bull is still locked in his pen! Quick as his tires will take him, Otis putt puff puttedy chuffs back to the farm to save the day.