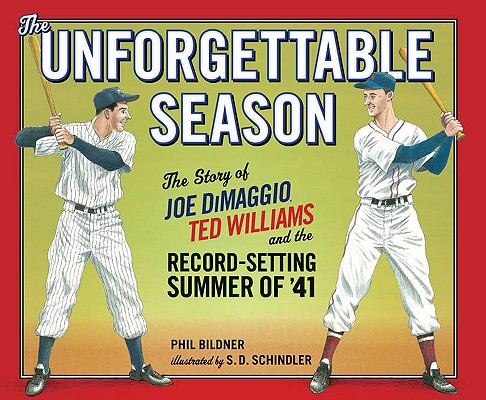 Joe DiMaggio, Ted Williams and the Record-Setting Summer of1941

At the start of the 1941 baseball season, neither Joe DiMaggio of the New York Yankees nor Ted Williams of the Boston Red Sox were beloved by baseball fans. But that all changed when Joe started a 56-game hitting streak and Ted's batting average rose to over .400. Despite numerous challenges along the way-Joe had his bat stolen by an overeager fan and Ted's batting average dipped to .3995 on the last day of the season-the records set by "Joltin' Joe" and "The Splendid Splinter" have yet to be broken.

New York Times bestselling author of the Sluggers series (with Loren Long), Phil Bildner has written an accessible tribute to two of baseball's greatest heroes. Packed with fun facts and statistics for eager fans to pore over, this book is sure to be a home run!

Praise For The Unforgettable Season: Joe DiMaggio, Ted Williams and the Record-Setting Summer of1941…