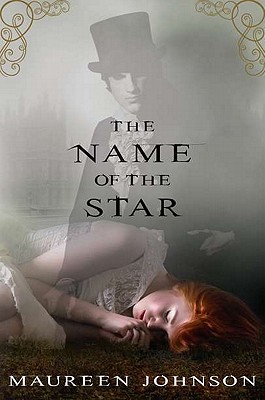 The Name of the Star (The Shades of London #1)

The day Louisiana teenager Rory Deveaux arrives in London marks a memorable occasion. For Rory, it's the start of a new life at a London boarding school. But for many, this will be remembered as the day a series of brutal murders broke out across the city, gruesome crimes mimicking the horrific Jack the Ripper in the autumn of 1888.

Soon "Rippermania" takes hold of modern-day London, and the police are left with few leads and no witnesses. Except one. Rory spotted the man police now believe to be the prime suspect. But she is the only one who saw him. Even her roommate, who was with her at the time, didn't notice the mysterious man. So why can only Rory see him? And more urgently, why has Rory become his next target? In this edge-of-your-seat thriller, full of suspense, humor, and romance, Rory will learn the truth about the secret ghost police of London and discover her own shocking abilities.

Maureen Johnson (www.maureenjohnsonbooks.com) is the author of seven young adult novels, including the New York Times bestselling Let It Snow. She lives in New York City.
Loading...
or
Not Currently Available for Direct Purchase