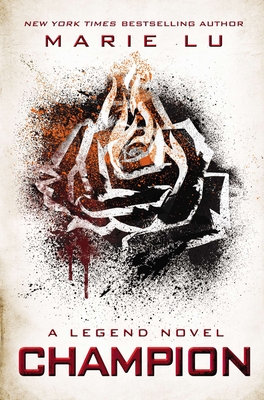 STARRED REVIEW from PUBLISHERS WEEKLY:
“Remains masterfully true to its themes of loyalty, necessity, and dreams, eschewing any easy outs that the plot could offer.”


STARRED REVIEW from KIRKUS REVIEWS:
“This exhilarating finale to the dystopian Legend trilogy delivers on the promises of the genre without ever being predictable about details. Ever respectful of the capacity of its readers, this series offers a satisfying conclusion of potential rather than a neatly wrapped denouement.”


FROM SARAH REES BRENNAN, author of The Demon Lexicon trilogy
“A compelling dystopic world, with diverse characters, high tension and political intrigue. [If] you liked the Hunger Games, you'll love this.”

Marie Lu (www.marielu.org) is the author of the New York Times bestselling novels Legend, Prodigy, and Champion. She graduated from the University of Southern California and jumped into the video game industry, working for Disney Interactive Studios as a Flash artist. Now a full-time writer, she spends her spare time reading, drawing, playing Assassin’s Creed, and getting stuck in traffic. She lives in Los Angeles, California (see above: traffic), with one boyfriend, one Chihuahua mix, and two Pembroke Welsh corgis.
Loading...
or support indie stores by buying on