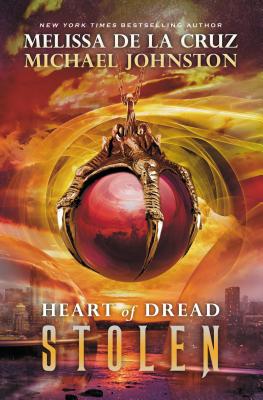 Who is Eliza Wesson?

Months after Nat and Wes said good-bye on the shores of the Blue, Nat is learning how to control and use her new power. She and her drakon are the last of their kind—and she’s risked her life for their reunion. When she receives a mysterious distress call, she races to help, soliciting the guidance of her new friend, the beautiful and aloof Faix Lazaved of the Blue.

Still heartbroken over losing Nat, Wes is racing cars on a New Vegas racetrack while his team is scattered and lost. When he finds out that his sister, Eliza, is being held in the golden domes of El Dorado, he does what he’s best at—running to her side—and gambles on luck to see him through one more time.

Magic, romance, and danger collide as Nat and Wes become entangled in a dark new adventure that leads right to the heart of the mystery of their frozen, broken world. They soon discover that the answer to both their quests lies in the same question: Who is Eliza Wesson—what is she capable of, and why was she stolen from her family so long ago?

Praise For Stolen (Heart of Dread #2)…

“Readers are plunged right in the middle of the action from the first page… an action-packed adventure.”—Kirkus Reviews

“The concept of overlapping worlds on one planet will intrigue readers and raise philosophical questions about the nature of reality. The cliff-hanger ending assures readers that a finale is in the works.”—Booklist

“Fans of the first book will no doubt be very happy with where this action-filled trilogy is headed.”—School Library Journal

Michael Johnston is Melissa’s husband and heretofore “si­lent partner.” He is co-creator of the Blue Bloods and Witches of East End series. Melissa and Michael live with their daughter in Los Angeles and Palm Springs, California.
Loading...
or
Not Currently Available for Direct Purchase