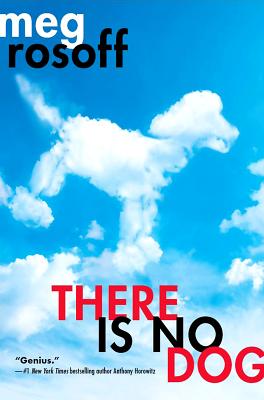 There Is No Dog

What if God were a teenaged boy?

In the beginning, Bob created the heavens and the earth and the beasts of the field and the creatures of the sea, and twenty-five million other species (including lots of cute girls). But mostly he prefers eating junk food and leaving his dirty clothes in a heap at the side of his bed.

Every time he falls in love, Earth erupts in natural disasters, and it's usually Bob's beleaguered assistant, Mr. B., who is left cleaning up the mess. So humankind is going to be very sorry indeed that Bob ever ran into a beautiful, completely irresistible girl called Lucy . . .

Praise For There Is No Dog…

"...there's no denying that Rosoff's writing and sense of humor are a force of nature..." — Publishers Weekly, starred review

Meg Rosoff was born in Boston, USA. She has worked in publishing, public relations and most recently advertising, but thinks the best job in the world would be head gardener for Regents Park. Meg lives in Highbury, North London. She is the author of Just in Case, What I Was and How I Live Now.
Loading...
or
Not Currently Available for Direct Purchase