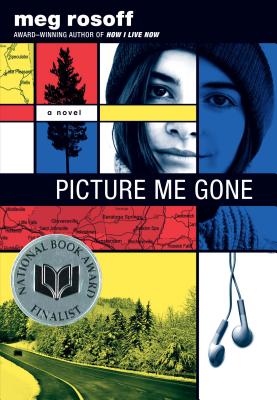 Printz Award-winning author Meg Rosoff's latest novel is a gorgeous and unforgettable page-turner about the relationship between parents and children, love and loss.

Mila has an exceptional talent for reading a room—sensing hidden facts and unspoken emotions from clues that others overlook. So when her father’s best friend, Matthew, goes missing from his upstate New York home, Mila and her beloved father travel from London to find him. She collects information about Matthew from his belongings, from his wife and baby, from the dog he left behind and from the ghosts of his past—slowly piecing together the story everyone else has missed. But just when she’s closest to solving the mystery, a shocking betrayal calls into question her trust in the one person she thought she could read best.

Praise For Picture Me Gone…


STARRED REVIEW from KIRKUS REVIEWS:
“A brilliant depiction of the complexity of human relationships in a story that’s at once contemplative and suspenseful.”


STARRED REVIEW from BOOKLIST:
“Rosoff, who writes each of her books differently (and often brilliantly), shapes this story as much by form and intuitions as by events . . . There’s no condescension or compromise to the obvious audience either in premise or prose. It’s another choice, one that allows the book to offer its many insights on the human condition to a widespread readership.”


STARRED REVIEW from PUBLISHERS WEEKLY:
“This thought-provoking coming-of-age story requires that readers be at least as mature as Mila as she confronts unpleasant truths . . . Mila’s sharp observations of the people she meets and the winter landscape add a fresh, poetic aura to her discoveries and the novel as a whole.”