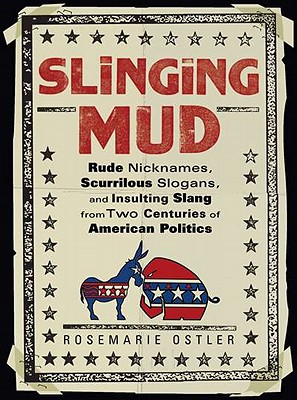 We bemoan the loss of civility in public discourse these days, but mudslinging is an American tradition as old as the republic. Not everyone admired the Father of Our Country. President Washington's enemies called him a cheapskate, a hyena, a horse beater, a spoiled child, and a tyrannical monster, among other epithets. "You are utterly incapable to steer the political ship," wrote one outraged critic.

And so it has gone ever since. From the King Mob label denigrating Andrew Jackson to the wingnut and latte liberal tags of the past few years, every era has its share of politically motivated insults. Slinging Mud gathers memorable words and expressions from two centuries' worth of going negative.