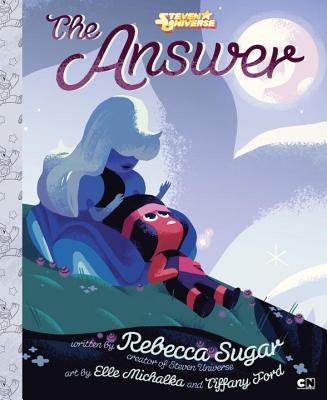 This New York Times best-selling storybook by Steven Universe creator Rebecca Sugar explores the meaning of love as Ruby and Sapphire look to build a new life on a strange planet called Earth. Dazzling illustrations from show artists Elle Michalka and Tiffany Ford capture Ruby and Sapphire's wonder and surprise as their story takes a course that fate never planned for them. The Answer is not only a charming love story, but also tells the origin of Garnet, leader of the Crystal Gems. Garnet's story of self-discovery will be treasured by Steven Universe fans of all ages.

Rebecca Sugar is a New York Times best-selling author and the creator of the show Steven Universe on Cartoon Network. She previously worked as a writer and storyboard artist on Cartoon Network’s animated series Adventure Time. She’s an artist, composer, and director.
Loading...
or
Not Currently Available for Direct Purchase