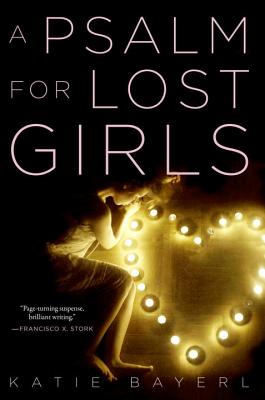 A Psalm for Lost Girls

I’ll Give You the Sun meets True Detective in this brilliant YA debut about saints, sisters, and learning to let go.

Tess da Costa is a saint—a hand-to-god, miracle-producing saint. At least that’s what the people in her hometown of New Avon, Massachusetts, seem to believe. And when Tess suddenly and tragically passes away, her small city begins feverishly petitioning the Pope to make Tess’s sainthood official. Tess’s mother is ecstatic over the fervor, while her sister Callie, the one who knew Tess best, is disgusted—overcome with the feeling that her sister is being stolen from her all over again.

The fervor for Tess’s sainthood only grows when Ana Langone, a local girl who’s been missing for six months, is found alive at the foot of one of Tess’s shrines. It’s the final straw for Callie. With the help of Tess’s secret boyfriend Danny, Callie’s determined to prove that Tess was something far more important than a saint; she was her sister, her best friend and a girl in love with a boy. But Callie’s investigation uncovers much more than she bargained for—a hidden diary, old family secrets, and even the disturbing truth behind Ana’s kidnapping. Told in alternating perspectives, A Psalm for Lost Girls is at once funny, creepy and soulful—an impressive debut from a rising literary star.

Praise For A Psalm for Lost Girls…

★ “[A] gripping story of loss and grace. . . . Richly and evocatively written, Bayerl’s story is ideal for fans of Jandy Nelson and Melina Marchetta.”—Publishers Weekly, starred review

★ “Fans of realistic fiction, mystery, or crime thrillers will find themselves at home in this spectacular debut. . . . A compelling must-have for YA collections.”—School Library Journal, starred review

“Now and then comes a book that is able to put it all together: real and compelling characters, page-turning suspense, brilliant writing. This is one of those books.”—Francisco X. Stork, award-winning author of Marcelo in the Real World and The Last Summer of the Death Warriors

“Ideal for fans of both mysteries and character-driven novels.”—Booklist

“Lyrical and nuanced . . . Bayerl’s debut will appeal to a wide range of readers. . . . A haunting tale of family, first love, and miracles.”—RT Book Reviews

“A mystery, a thriller, and a prayer, gripping and anguished, told in the poignant weaving of voices from beyond and voices left behind.”—Julie Berry, Printz Honor author of The Passion of Dolssa

When Katie Bayerl isn’t penning stories, she coaches teens and nonprofits to tell theirs. She holds an MFA in Writing for Children and Young Adults from Vermont College of Fine Arts and has taught creative writing in schools and a variety of community settings. Katie has an incurable obsession with saints, bittersweet ballads, and murder. A Psalm for Lost Girls is her first novel.
Loading...
or
Not Currently Available for Direct Purchase