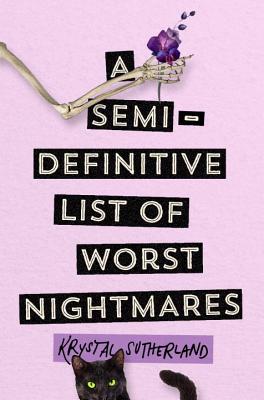 
“[A] bewitching book . . . Sutherland's fertile imagination makes this book a deep dive into the intricacies of family, friends, and personal history. . . . A fresh and compelling look at mental illness.”—Kirkus Reviews

Praise for Our Chemical Hearts:

“Henry is surrounded by well-drawn friends and family, and Grace is a fascinating cipher, in a book that’s anything but a predictable romance.”—B&N Teen, “Most Anticipated October YA Books”

“Perhaps one of the most entertaining features of the novel is the irreverent and funny teen banter that masks their deeper feelings. Best of all, though, is the engaging story that unfolds at just the right pace, drawing the reader in as the stakes get higher and decisions must be made.”—VOYA

“Henry’s first language is clever, angst-driven wit, and this pair is as sharp and quippy as John Green’s Hazel and Gus … Fans of romance driven by stylized narration are the audience for this.”—BCCB

Her three greatest fears are heights, dark caves . . . and (perhaps worst of all) frogs.
Loading...
or
Not Currently Available for Direct Purchase