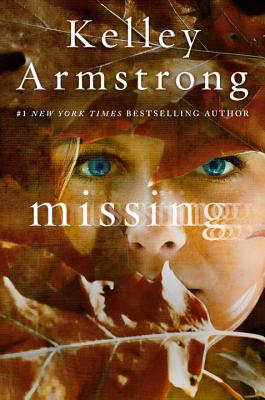 The only thing Winter Crane likes about Reeve's End is that soon she'll leave it. Like her best friend did. Like her sister did. Like most of the teens born in town have done. There's nothing for them there but abandoned mines and empty futures. They're better off taking a chance elsewhere.

What Winter will miss is the woods. Her only refuge. At least it was. Until the day she found Lennon left for dead, bleeding in a tree.

But now Lennon is gone too. And he has Winter questioning what she once thought was true. What if nobody left at all? What if they're all missing?

"A compelling thriller that keeps the reader hooked until the end." -VOYA, Starred

"This is a compelling thriller that keeps the reader hooked until the end." —VOYA starred review

Kelley Armstrong is the #1 New York Times bestselling author of the Darkest Powers (The Summoning, The Awakening, and The Reckoning), Darkness Rising (The Gathering, The Calling, andThe Rising) and Age of Legends (Sea of Shadows, Empire of Night, and Forest of Ruin) trilogies for teens, and most recently the YA thriller The Masked Truth. Kelley lives in southwestern Ontario with her family. You can visit her online at kelleyarmstrong.com.
Loading...
or
Not Currently Available for Direct Purchase