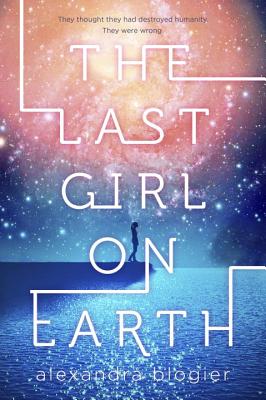 The Last Girl on Earth

Fans of The 5th Wave will devour this heart-pounding sci-fi novel about a girl with a secret: on a near-future Earth taken over by aliens, she is the only human left alive.

“A celebration of what it means to be human.” —Katharine McGee, New York Times bestselling author of The Thousandth Floor

RAISED AMONG THEM.
Li has a father and a sister who love her. A best friend, Mirabae, to share things with. She goes to school and hangs out at the beach and carefully follows the rules. She has to. Everyone she knows--her family, her teachers, her friends--is an alien. And she is the only human left on Earth.

A SECRET THAT COULD END HER LIFE.
The Abdoloreans hijacked the planet sixteen years ago, destroying all human life. Li's human-sympathizer father took her in as a baby and has trained her to pass as one of them. The Abdoloreans appear human. But they don't think with human minds or feel with human hearts. And they have special abilities no human could ever have.

FIT IN OR DIE.
When Li meets Ryn, she's swept up in a relationship that could have disastrous consequences. How far will Li go to stay alive? Will she save herself--and in turn, the human race--or will she be the final witness to humanity's destruction?

Praise For The Last Girl on Earth…

“An immersive and intriguing alien invasion story that focuses not on space battles but on relationships.”-- The Bulletin

"A strong pick for reluctant readers . . .  should appeal to fans of Suzanne Weyn and Lisa M. Stasse."—Kirkus

ALEXANDRA BLOGIER was raised in Boston and on the beaches of Cape Cod. She earned a degree in history from the University of Maryland and now lives and works in Brooklyn. The Last Girl on Earth is her first novel. Follow @alxandrablogier on Twitter and @alexandrablogier on Instagram.
Loading...
or
Not Currently Available for Direct Purchase