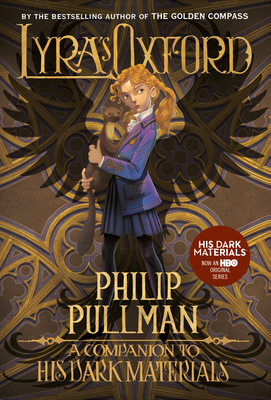 This exciting companion to His Dark Materials tells a not-to-be-missed story about Lyra and her world.

When a witch's daemon crashes onto the roof of Jordan College, Lyra and her daemon, Pan, are eager to help. But as this unlikely trio scours the winding streets of Oxford in search of a famed alchemist, their journey takes a deadly turn...

This volume also includes a fold-out map of Oxford and fascinating extra glimpses of our favorite characters.

"His Dark Materials is easily the most deservedly labeled epic of contemporary epic fantasies; here as a pendant to that trilogy is a short story that even in its brevity manages to capture some of the majesty--and mystery--of the parent work."--The Horn Book Magazine

"Fans who can't get enough of Pullman's His Dark Materials trilogy will embrace this small volume, which packages a short story about Lyra along with such ephemera as a beautifully engraved, fold-out map of the alternate-reality Oxford which Lyra inhabits. Puzzle enthusiasts will enjoy poring over the clues."--Publishers Weekly