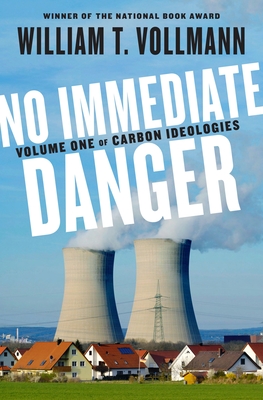 Volume One of Carbon Ideologies

A timely, eye-opening book about climate change and energy generation that focuses on the consequences of nuclear power production, from award-winning author William T. Vollmann

In his nonfiction, William T. Vollmann has won acclaim as a singular voice tackling some of the most important issues of our age, from poverty to violence to the dark soul of American imperialism as it has played out on the U.S./Mexico border. Now, Vollmann turns to a topic that will define the generations to come--the factors and human actions that have led to global warming. Vollmann begins No Immediate Danger, the first volume of Carbon Ideologies, by examining and quantifying the many causes of climate change, from industrial manufacturing and agricultural practices to fossil fuel extraction, economic demand for electric power, and the justifiable yearning of people all over the world to live in comfort. Turning to nuclear power first, Vollmann then recounts multiple visits that he made at significant personal risk over the course of seven years to the contaminated no-go zones and sad ghost towns of Fukushima, Japan, beginning shortly after the tsunami and reactor meltdowns of 2011. Equipped first only with a dosimeter and then with a scintillation counter, he measured radiation and interviewed tsunami victims, nuclear evacuees, anti-nuclear organizers and pro-nuclear utility workers.

Praise For No Immediate Danger: Volume One of Carbon Ideologies…

Praise for No Immediate Danger:

“No Immediate Danger tussles with the comprehension-defying nature of climate change . . . terrifying insights are to be found . . . It embodies the confusion of our current moment, the insidiousness of disbelief, and the mania-inducing reality that our greatest threat is the hardest to act upon. It is a feverish, sprawling archive of who we are, and what we’ve wrought.” —The Washington Post

“[Provides] profound insights into both Japanese society and universal themes regarding the human response to and preparation for major disasters and tragedies.” —The International Examiner

“Vigilant in his precision, open-mindedness, and candor, Vollmann takes on global warming . . . [His] careful descriptions, touching humility, molten irony, and rueful wit, combined with his addressing readers in ‘the hot dark future,’ makes this compendium of statistics, oral history, and reportage elucidating, compelling, and profoundly disquieting.” —ALA Booklist (starred)

“[A] rewarding, impeccably researched narrative . . . Vollmann apologizes to the future that we’ve ruined, charting how our choices of energy sources made the planet scarcely inhabitable.” —Kirkus Reviews

William T. Vollmann is the author of ten novels, including Europe Central, which won the National Book Award. He has also written four collections of stories, including The Atlas, which won the PEN Center USA West Award for Fiction, a memoir, and six works of nonfiction, including Rising Up and Rising Down and Imperial, both of which were finalists for the National Book Critics Circle Award. He is the recipient of a Whiting Writers Award and the Strauss Living Award from the American Academy of Arts and Letters. His journalism and fiction have been published in The New Yorker, Harpers, Esquire, Granta, and many other publications.
Loading...
or support indie stores by buying on