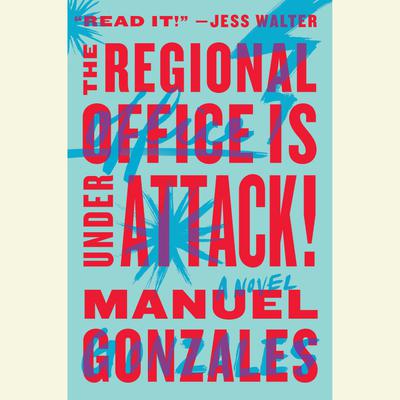 The Regional Office Is Under Attack! (Digital Audiobook)

In a world beset by amassing forces of darkness, one organization—the Regional Office—and its coterie of super-powered female assassins protects the globe from annihilation. At its helm, the mysterious Oyemi and her oracles seek out new recruits and root out evil plots. Then a prophecy suggests that someone from inside might bring about its downfall. And now, the Regional Office is under attack.

Manuel Gonzales is the author of the acclaimed story collection The Miniature Wife, winner of the American Academy of Arts and Letters Sue Kaufman Prize for First Fiction and the John Gardner Fiction Book Award. A graduate of the Columbia University Creative Writing Program, he teaches writing at the University of Kentucky. Gonzales has published fiction and nonfiction in Open City, Fence, One Story, Esquire, Timothy McSweeney’s Quarterly Concern, and The Believer. He lives in Kentucky with his wife and two children.