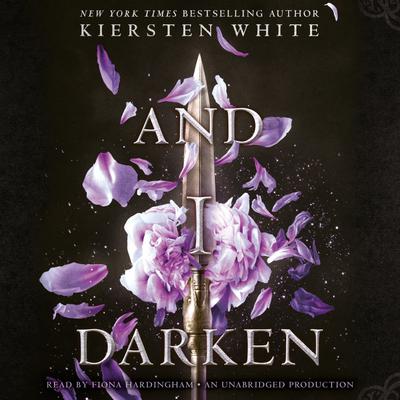 And I Darken (Digital Audiobook)


NO ONE EXPECTS A PRINCESS TO BE BRUTAL. And Lada Dragwlya likes it that way. Ever since she and her gentle younger brother, Radu, were wrenched from their homeland of Wallachia and abandoned by their father to be raised in the Ottoman courts, Lada has known that being ruthless is the key to survival. She and Radu are doomed to act as pawns in a vicious game, an unseen sword hovering over their every move. For the lineage that makes them special also makes them targets.

KIERSTEN WHITE is the New York Times bestselling author of the Paranormalcy trilogy; the dark thrillers Mind Games and Perfect Lies; The Chaos of Stars; and Illusions of Fate. She also coauthored In the Shadows with Jim Di Bartolo. She lives with her family near the ocean in San Diego, which, in spite of its perfection, spurs her to dream of faraway places and even further away times. Visit Kiersten online at kierstenwhite.com and follow @kierstenwhite on Twitter.