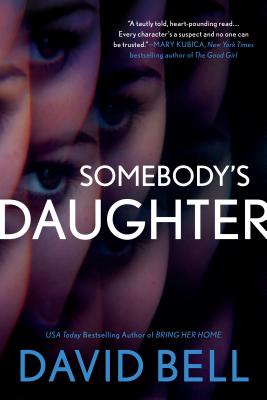 In this pulse-pounding novel of psychological suspense from the USA Today bestselling author of Bring Her Home and Since She Went Away, a man must save the life of a little girl who just might be his daughter....

When Michael Frazier's ex-wife, Erica, unexpectedly shows up on his doorstep, she drops a bombshell that threatens to rip his family apart: Her ten-year-old daughter is missing--and Michael is the father. Unsure whether this is the truth but unwilling to leave the girl's fate to chance, Michael has no choice but to follow the elusive trail of the child he has always wanted but never knew he had.

After Michael departs, his wife, Angela, learns shocking news about Erica and fears for the safety of both her husband and the endangered girl. When a stranger, a man who claims a connection to Erica and her missing daughter, knocks on the door, Angela is drawn out into the night--and deep into the tangled web of Michael's past....

Over the course of one night, lies that span a decade come bubbling to the surface, putting Michael, his wife, and his whole family in jeopardy. And as the window for a little girl's safe return closes, Michael will have to decide who can be trusted and who is hiding the truth....

“A tautly told, heart-pounding read, Somebody’s Daughter is a page-turning whodunit where every character’s a suspect and no one can be trusted.”—Mary Kubica, New York Times bestselling author of The Good Girl and Every Last Lie

“Bell escorts readers on a ride-along through 12 adrenalin-charged hours as his characters track multiple leads in the search for a missing child...[a] heart-poundingly addictive thriller until the final page.”—Library Journal (starred review)

“[A] riveting thriller...Bell turns an ordinary life into a tense roller-coaster ride filled with unexpected twists and turns.”—Publishers Weekly

“Bell puts a new twist on the missing-child theme in this fast-paced narrative that spans just 12 hours.”—Booklist

“Somebody’s Daughter is a compulsive, twisty, race-against-the-clock thriller. But it’s also a sensitive meditation on what connects us to each other—and what we’ll do to hold on when life tears us apart. Don’t miss this smart and unrelenting page-turner!”—Lisa Unger, New York Times bestselling author of The Red Hunter

“Somebody’s Daughter by David Bell is compulsively readable with surprises that gripped me from start to finish. With nerve-shattering suspense, this well-crafted tale builds to an unexpected, chilling ending.”—Heather Gudenkauf, New York Times bestselling author of The Weight of Silence and Not a Sound

“Somebody’s Daughter is both plausible and pulsating, a psychological thriller that hits perilously close to home.”—Craig Johnson, New York Times bestselling author of the Walt Longmire Mysteries (the basis for the Netflix drama Longmire)

“Full of surprising twists, Somebody’s Daughter hooks you from the start and draws you into a tale of secrets, lies, and lives haunted by the past. A suspenseful—and poignant—thriller.”—Meg Gardiner, Edgar Award-winning author of Unsub and Into the Black Nowhere

“David Bell never disappoints. Somebody’s Daughter is a stunner, full of twists and turns and duplicitous motivations. Bell’s solid storytelling is as sharp and scary as ever. Fans of Harlan Coben will love this one.”—J.T. Ellison, New York Times bestselling author of Lie to Me

Praise for David Bell and his novels

“A taut gem...straight out of the psychological thriller territory blazed by the likes of Harlan Coben and Lisa Gardner.”—The Providence Journal

“A thriller about family secrets that will keep readers on the edge of their seats.”—News and Sentinel (Parkersburg, WV)

“David Bell writes spellbinding and gripping thrillers that get under your skin and refuse to let go.”—New York Times bestselling author Linwood Barclay

“An intense, unrelenting powerhouse of a book, and the work of a master.”—New York Times bestselling author John Lescroart

“A master storyteller with a sure hand at crafting characters you feel for and stories you relish.”—USA Today bestselling author Allen Eskens

David Bell is a bestselling and award-winning author whose work has been translated into multiple foreign languages. He’s currently an associate professor of English at Western Kentucky University in Bowling Green, Kentucky, where he directs the MFA program. He received an MA in creative writing from Miami University in Oxford, Ohio, and a PhD in American literature and creative writing from the University of Cincinnati. His novels include Bring Her Home, Since She Went Away, Somebody I Used to Know, The Forgotten Girl, Never Come Back, The Hiding Place, and Cemetery Girl.
Loading...
or
Not Currently Available for Direct Purchase