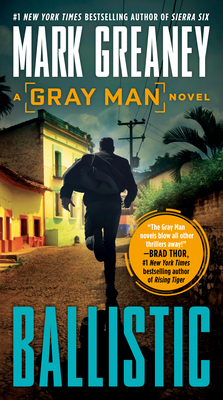 “Take fictional spy Jason Bourne, pump him up with Red Bull and meth, shake vigorously—and you’ve got the recipe for Court Gentry.”—The Memphis Commercial Appeal
or support indie stores by buying on
(This book is on backorder)
Copyright © 2020 American Booksellers Association