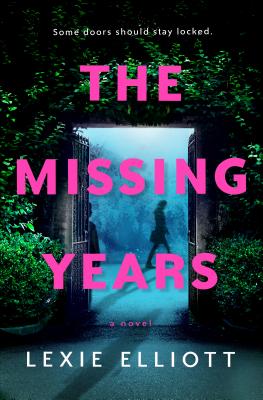 When Ailsa returns to her childhood home, an eerie sense of danger overwhelms her. Her unease only grows when she notices small things out of place and the odd fact that no animals will step foot on the grounds of the house…

Ailsa Calder has inherited half of a house. The other half belongs to a man who disappeared without a trace twenty-seven years ago—her father.

Leaving London behind to settle the inheritance, Ailsa returns to the manor, nestled amongst the craggy peaks of the Scottish Highlands, joined by the half-sister who's practically a stranger to her.

Ailsa can't escape the claustrophobic feeling that the house itself watches her—as if her dramatic past hungers to consume her. When the first nighttime intruder shows up and the locals in the isolated community pry into her plans for the manor, Ailsa grows terrified that escaping the beautiful old home will cost her everything.

Praise for The Missing Years

“Begins with a Gothic hint that rapidly segues into a suspenseful thriller with a breathless twist of denouement.”--New York Journal of Books

“Elliott follows up her well-reviewed debut, The French Girl (2018), with an equally atmospheric novel that keeps the reader intrigued and off-balance all the way through.”—Booklist