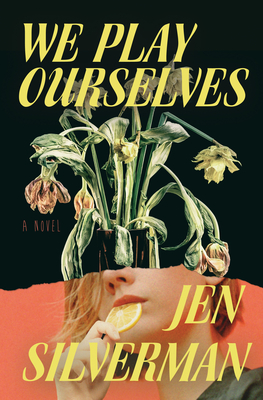 After a humiliating scandal, a young writer flees to the West Coast, where she is drawn into the morally ambiguous orbit of a charismatic filmmaker and the teenage girls who are her next subjects.

FINALIST FOR THE LAMBDA LITERARY AWARD • ONE OF BUZZFEED’S BEST BOOKS OF THE YEAR • “A blistering story about the costs of creating art.”—O: The Oprah Magazine

Not too long ago, Cass was a promising young playwright in New York, hailed as “a fierce new voice” and “queer, feminist, and ready to spill the tea.” But at the height of all this attention, Cass finds herself at the center of a searing public shaming, and flees to Los Angeles to escape—and reinvent herself. There she meets her next-door neighbor Caroline, a magnetic filmmaker on the rise, as well as the pack of teenage girls who hang around her house. They are the subjects of Caroline’s next semidocumentary movie, which follows the girls’ clandestine activity: a Fight Club inspired by the violent classic.

As Cass is drawn into the film’s orbit, she is awed by Caroline’s ambition and confidence. But over time, she becomes troubled by how deeply Caroline is manipulating the teens in the name of art—especially as the consequences become increasingly disturbing. With her past proving hard to shake and her future one she’s no longer sure she wants, Cass is forced to reckon with her own ambitions and confront what she has come to believe about the steep price of success.

Praise For We Play Ourselves: A Novel…

“We Play Ourselves offers a delightful, satirical glimpse into the entertainment industry and the price of fame. . . . Silverman balances wit with earnestness, the laugh-out-loud moments highlighting the absurdity of writing—whether plays, films or poetry, the genre she skewers most adroitly in a pitch-perfect parody of an overhyped ingénue. Cass’s desperation for a new, simpler life is universal. As she falls again and again, the reader believes she has the heart to pick herself back up.”—The New York Times Book Review

“We Play Ourselves is not only a story about how all-consuming artistic ambition can be—but also a poignant portrait of how much an artist can learn to love her work.”—Ploughshares

“As funny as it is intellectual, this page-turner about crashing and burning is spot-on about ambition, infatuation, theatre, film, ethics, teens, and everything else.”—Emma Donoghue, bestselling author of Room and The Pull of the Stars

“The multitalented Jen Silverman knows what she’s doing on the page. Funny, sharp, modern—this is an excellent debut novel. Its bold, edgy, strange heroine has adventures and misadventures, screws up again and again, but somehow won my love. I couldn't put this book down.”—Weike Wang, PEN/Hemingway Award–winning author of Chemistry

“This is a book where the questions are the answers, a story of possibility that challenged and expanded the way I think about redemption. Warm in its humanity and cool in its persistent subversion of narrative expectations, it’s a sharp and modern first novel. I loved it.”—Maggie Shipstead, New York Times bestselling author of Great Circle

“A fiercely smart and wildly entertaining exploration of artistic ambition, and what happens when the hunger for fame infects an artist’s desire to create something true . . . a uniquely potent take on female rage and competition that also gorgeously evokes the challenge of developing an authentic self when everything we do can be exploited as content. I loved this book and couldn’t put it down.”—Julie Buntin, author of Marlena

Jen Silverman is a New York-based writer, playwright, and screenwriter. Jen is the author of novel We Play Ourselves, which is short-listed for a Lambda Literary Award, the story collection The Island Dwellers, which was longlisted for a PEN/Robert W. Bingham Prize for debut fiction, and the poetry chapbook Bath, selected by Traci Brimhall for Driftwood Press. Additional work has appeared in Vogue, The Paris Review, Ploughshares, LitHub, The Yale Review, and elsewhere. Jen’s plays have been produced across the United States and internationally. Jen is a three-time MacDowell fellow, a member of New Dramatists, and the recipient of a New York Foundation for the Arts grant, a Lower Manhattan Cultural Council Fellowship, the Yale Drama Series Award, and a Playwrights of New York Fellowship. Jen is a 2022 National Endowment for the Arts Fellow for Prose and a 2022 Guggenheim Fellow for Drama. Jen also writes for TV and film.
Loading...
or
Not Currently Available for Direct Purchase