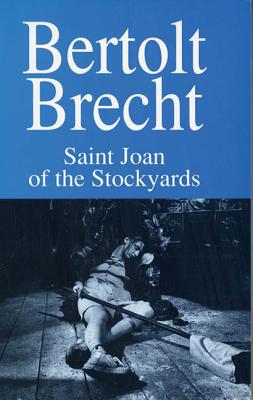 Saint Joan of the Stockyards (Paperback)

In this version of the story of Joan of Arc, Brecht transforms her into 'Joan Dark', a member of the 'Black Straw Hats' (a Salvation Army-like group) in twentieth century Chicago. The play charts Joan's battle with Pierpont Mauler, the unctuous owner of a meat-packing plant. Like her predecessor, Joan is a doomed woman, a martyr and (initially, at least) an innocent in a world of strike-breakers, fat cats, and penniless workers. Like many of Brecht's plays it is laced with humor and songs as part of its epic dramaturgical structure.

The play, which was never staged in Brecht's lifetime, is published here with a new translation, a full introduction and Brecht's own notes on the text.

Bertolt Brecht (1898-1956) is acknowledged as one of the great dramatists whose work has had a considerable influence on the theatre. His landmark plays include Mother Courage and Her Children, The Threepenny Opera, Life of Galileo, and The Caucasian Chalk Circle.

Praise For Saint Joan of the Stockyards: Part One (Brecht's Plays #3)…

“At last—the definitive translations of one of the 20th century’s most influential playwrights…Far superior to the competition.”—Theatre Journal