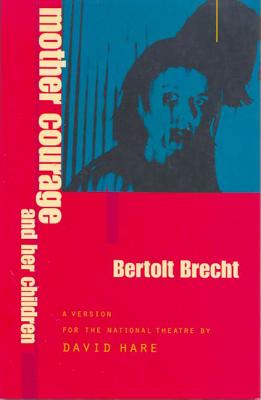 This version of Brecht's great anti-war play by playwright David Hare was premiered by the National Theatre, London, in November 1995. It adopts a freer approach to the text than many editions, adapting the original rather than offering a close translation. In this chronicle of the Thirty Years War, Mother Courage follows
the armies back and forth across Europe, selling provisions and liquor
from her canteen wagon. One by one she loses her children to the war
but will not part with her livelihood - the wagon. The Berlin
production of 1949, with Helene Weigel as Mother Courage, marked the
foundation of the Berliner Ensemble.
Considered by many to
be one of the greatest anti-war plays ever written and Brecht's
masterpiece, it remains a powerful example of Brecht's Epic Theatre and pioneering theatrical style.

A major dramatist of the twentieth century, Bertolt Brecht (1898-1956) was the founder of one of the most influential theatre companies, the Berliner Ensemble, and the creator of some of the landmark plays of the twentieth century: The Threepenny Opera, The Life of Galileo, Mother Courage and The Caucasian Chalk Circle. His plays and dramatic theory are central to the study of modern theatre.
Loading...
or support indie stores by buying on