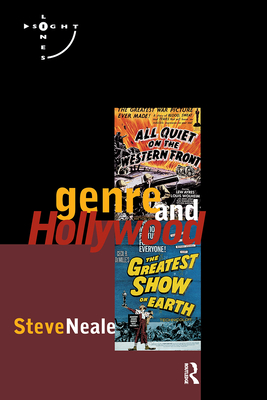 Genre and Hollywood provides a comprehensive introduction to the study of genre. In this important new book, Steve Neale discusses all the major concepts, theories and accounts of Hollywood and genre, as well as the key genres which theorists have written about, from horror to the Western. He also puts forward new arguments about the importance of genre in understanding Hollywood cinema.
Neale takes issue with much genre criticism and genre theory, which has provided only a partial and misleading account of Hollywood's output. He calls for broader and more flexible conceptions of genre and genres, for more attention to be paid to the discourses and practices of Hollywood itself, for the nature and range of Hollywood's films to be looked at in more detail, and for any assessment of the social and cultural significance of Hollywood's genres to take account of industrial factors.
In detailed, revisionist accounts of two major genres - film noir and melodrama - Neale argues that genre remains an important and productive means of thinking about both New and old Hollywood, its history, its audiences and its films.

Steve Neale is Research Professor in Film, Media and Communication Studies at Sheffield Hallam University
Loading...
or support indie stores by buying on