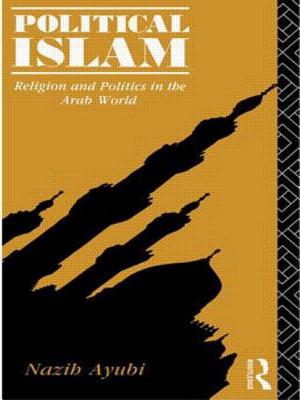 Religion and Politics in the Arab World

Islamic theocracy is now firmly established in fundamentalist Iran, and waves of fundamentalism are sweeping the entire Islamic world, and its diaspora.
This book examines the claim of those Islamists who contend that, as a belief system and a way of life, Islam carries with it a theory of politics and the state which should be applied unquestioningly. Ayubi traces both the intellectual sources and the socio-economic bases of Political Islam, arguing that it is a modern phenomenon, dating back only to the inter-war period. He describes its major proponents as urban, educated and relatively young people, whose energies were mobilised, but whose expectations were not fulfilled by the post-independence populist' regimes in the Arab World.
Islamic movements in six countries are studied in detail. Ayubi's distinctively broad definition of politics encompasses innovative material on sex and the family, and on the emerging alternative economic and social networks of Islamic banks, schools, and hospitals in the countries discussed.
Ayubi stresses the traditional concern in Islam for the collective enforcement of morals, but argues that there is no case for the commonly held misconception that politics begins from theological principles in the Arab world: the historical connection between Islam and politics can be explained as an attempt by the rulers to legitimise their actions. He suggests that radical Islamists are reversing this position by subjecting politics to their specific religious views, so their movement is in some senses an anti-state one. He concludes by discussing possible intellectual responses to fundamentalism, drawing on the thinking of contemporary Muslim liberals.