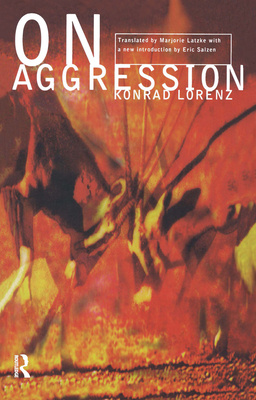 First published in the 1960s, On Aggression has been the target of criticism and controversy ever since. It is not Lorenz's careful descriptions of animal behaviour that are contentious, but his extrapolations to the human world that have caused reverberations resulting in a statement adopted by UNESCO in 1989 and subsequently endorsed by the American Psychological Association that appears to condemn his work. But does On Aggression actually make the claims implicit in the Seville statement?
In a new introduction by Professor Eric Salzen, the debate about Lorenz's work is set in its social and political context and his claims and those of his critics reassessed. Human aggression has not lessened since this seminal work first appeared and there are no convincing new solutions. On Aggression should be read by all new students and re-read by more experienced scholars so that the important evidence he presents from ethnology may be reappraised in the light of the most recent research.

Konrad Lorenz (1903-89). Pioneering and world-renowned scientist of animal behaviour. He was awarded the Nobel Prize for Medicine and Psychology in 1973.
Loading...
or
Not Currently Available for Direct Purchase