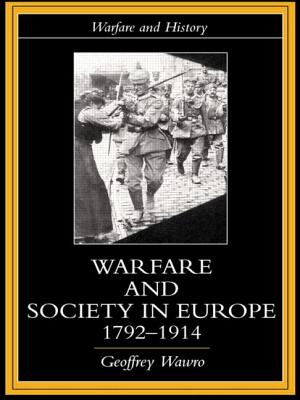 Combining original research with the latest scholarship Warfare and Society in Europe, 1792 - 1914 examines war and its aftermath from Napoleonic times to the outbreak of the First World War. Throughout, this fine book treats warfare as a social and political phenomenon no less than a military and technologial one, and includes discussions on:

* The French Revolution and the Napoleonic Wars
* Napoleon III and the militarization of Europe
* Bismark, Molkte, and the Franco-Prussian War, 1870-71
* new technologies and weapons
* seapower, imperialism and naval warfare
* the origins and outbreak of the First World War.


For anyone studying, or with in interest in European warfare, this book details the evolution of land and naval warfare and highlights the swirling interplay of society, politics and military decision making.