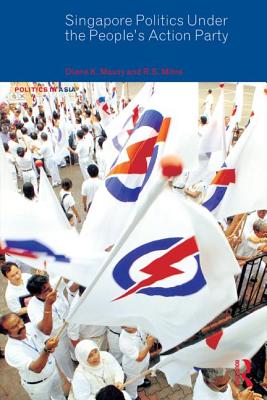 Singapore Politics Under the People's Action Party (Politics in Asia)

A comprehensive overview of politics in Singapore since self-governance. The authors examine how this tiny island has developed into a global financial centre and an economic and social success under the leadership of the People's Action Party which has ruled continuously since 1959. The authors explore the nature of the Singaporean government, as well as major issues such as ethnicity, human rights and the development of civil society.