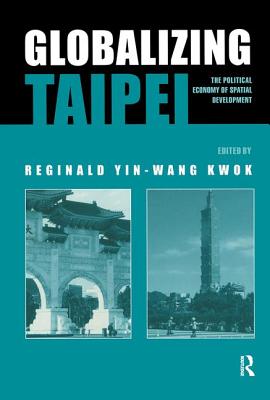 Taipei's quest to become a global city is the key to its urban development. Globalizing Taipei looks at this "Asian Dragon", a major city in the South China Growth Triangle and a centre for transnational production, revealing how the development of this capital has received firm state support but is conditioned by international and domestic politics.

The book is divided into four parts: economic and spatial restructuring, state and society realignment, social differentiation and cultural reorientation. Each analyzes the interaction of international, state and local politics in the shaping of the city's urban environment since World War II. All contributors to this edited volume are Taiwan scholars presenting critical insiders' views. Based on each author's specialization and research focus, each chapter provides an in-depth consideration of one of Taipei's developmental issues generated by globalization. Collectively they provide broad, insightful and coherent coverage of this crucial time in Taipei's global transmutation.

Reginald Yin-Wang Kwok is Professor of Asian Studies and Professor of Urban and Regional Planning at the University of Hawaii in Manoa. He is the founding director of the Centre of Urban Planning and Environmental Management at the University of Hong Kong. His research interests cover the political economy of Chinese development and urbanization, globalization in East Asia, urban econmic and spatial development, and cultural impact on urban design.
or
Buy Here
Copyright © 2020 American Booksellers Association