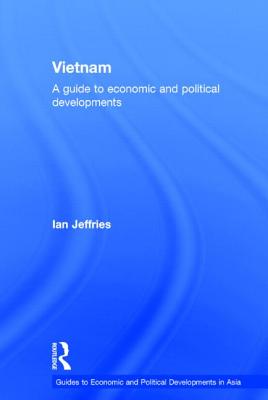 Winning the Vietnam War proved easier than winning the peace. Since 1975, the reunited country has faced the problem of how a poorer, planned economy in which state ownership and control could successfully absorb a more advanced, capitalist economy. In addition, the collapse of communism and the end of the Cold War heralded a new age in Vietnam's internal and external relations.

Vietnam traces developments since the end of the Vietnam War, including recent economic reforms, the politics of the Communist Party, and the re-establishment of relations with the United States. It gives a comprehensive and informative overview of the current political and economic situation in Vietnam today.

Ian Jeffries is Reader in Economics and a member of the Centre of Russian and East European Studies at the University of Wales Swamsea. He is one of the foremost authorities on the post-communist world and has written extensively on communist and transitional economies. His publications include A Guide to the Socialist Economies (Routledge, 1990), Socialist Economies and the Transition to the Market (Routledge, 1993) and The Countries of the Former Soviet Union at the Turn of the Twenty-first Century: The Baltic and European States in Transition (2004, the last of a five-volume series written by the author for Routledge).
Loading...
or support indie stores by buying on