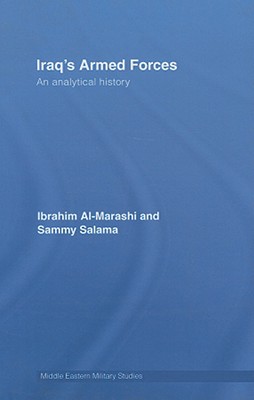 This book provides the first comprehensive study of the evolution of the Iraqi military from the British mandate era to post-Baathist Iraq.

Ethnic and sectarian turmoil is endemic to Iraq, and its armed forces have been intertwined with its political affairs since their creation. This study illustrates how the relationship between the military and the political centre in Iraq has evolved, with the military bringing about three regime changes in Iraq's history before being brought under control by Saddam Hussein, up until the 2003 war. The instability that followed was partly due to the failure to create a new military that does not threaten the government, yet is still strong enough to deter rival factions from armed conflict. The reconstitution of the armed forces will be a prerequisite for an American withdrawal from Iraq, but this book argues that immense challenges lie ahead, despite the praise from the Bush administration for the progress of the new Iraqi army.

Ibrahim Al-Marashi is an adjunct faculty member at the Department of History at Bogazici University in Istanbul, Turkey. Sammy Salama is a Middle East expert with the Monterey Institute of International Studies, California.
Loading...
or
Not Currently Available for Direct Purchase