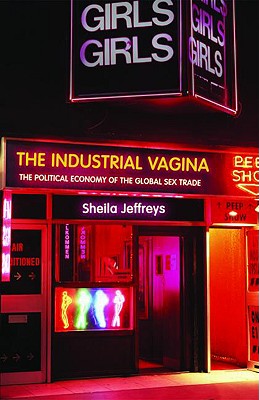 The Political Economy of the Global Sex Trade

The industrialization of prostitution and the sex trade has created a multibillion-dollar global market, involving millions of women, that makes a substantial contribution to national and global economies.

The Industrial Vagina examines how prostitution and other aspects of the sex industry have moved from being small-scale, clandestine, and socially despised practices to become very profitable legitimate market sectors that are being legalised and decriminalised by governments. Sheila Jeffreys demonstrates how prostitution has been globalized through an examination of:

the growth of pornography and its new global reach the boom in adult shops, strip clubs and escort agencies military prostitution and sexual violence in war marriage and the mail order bride industry the rise in sex tourism and trafficking in women.

She argues that through these practices women's subordination has been outsourced and that states that legalise this industry are acting as pimps, enabling male buyers in countries in which women's equality threatens male dominance, to buy access to the bodies of women from poor countries who are paid for their sexual subservience.

This major and provocative contribution is essential reading for all with an interest in feminist, gender and critical globalisation issues as well as students and scholars of international political economy.

Sheila Jeffreys is a Professor in the School of Social and Political Sciences at the University of Melbourne. She is the author of six other books on the history and politics of sexuality, including Beauty and Misogyny (Routledge, 2005). She is the founding member in 1994 of the Australian branch of the Coalition Against Trafficking in Women. She has a considerable reputation both in the academic world and in the world of feminist and lesbian and gay politics for her work on sexuality, including 6 single authored books. Sheila Jeffreys' work is heavily referenced in academic journals and books, with 30 citations in international refereed journals in 2003 according the Web of Science citations index. Her work has been republished in French, Spanish, German, Norwegian, Swedish, and in many anthologies of feminist thought over the last few years.
Loading...
or support indie stores by buying on