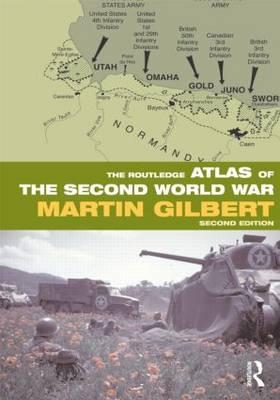 In The Routledge Atlas of the Second World War, Martin Gilbert graphically charts the war's political, military, economic and social history through 257 illuminating maps. The atlas covers all the major events from the German invasion of Poland in September 1939 to the defeat of Japan in August 1945.

Focusing on the human - and inhuman - aspects of the war, The Routledge Atlas of the Second World War includes examination of:

This paperback edition includes several updates to existing maps, as well as ten new maps, specially drawn for this edition. The new maps include examinations of Japanese- American and African- American soldiers serving with the United States Army, British women special agents, Belgium at War, and the German occupation of the Channel Islands.

Sir Martin Gilbert is one of the leading historians of his generation. An Honorary Fellow of Merton College, Oxford, he is the official biographer of Churchill and the author of eighty-two books, among them Churchill - A Life; The Second World War; D-Day; The Day the War Ended and the three-volume A History of the Twentieth Century. For more information please visit http: //www.martingilbert.com.
Loading...
or support indie stores by buying on