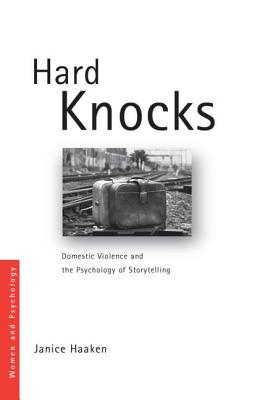 Domestic Violence and the Psychology of Storytelling (Women and Psychology)

This book draws on interviews carried out over a period of eight years, as well as novels, films, and domestic violence literature, to explain the role of storytelling in the history of the battered women's movement. The author shows how cultural contexts shape how stories about domestic abuse get told, and offers critical tools for bringing psychology into discussions of group dynamics in the domestic violence field.

The book enlists psychoanalytic-feminist theory to analyse storytelling practices and to re-visit four areas of tension in the movement where signs of battle fatigue have been most acute. These areas include the conflicts that emerge between the battered women's movement and the state, the complex relationship between domestic violence and other social problems, and the question of whether woman battering is a special case that differs from other forms of social violence. The volume also looks at the tensions between groups of women within the movement, and how to address differences based on race, class or other dimensions of power. Finally, the book explores the contentious issue of how to acknowledge forms of female aggression while still preserving a gender analysis of intimate partner violence.

In attending to narrative dynamics in the history of domestic violence work, Hard Knocks presents a radical re-reading of the contribution of psychology to feminist interventions and activism. The book is ideal reading for scholars, activists, advocates and policy planners involved in domestic violence, and is suitable for students of psychology, social work, sociology and criminology.

Janice Haaken is a Professor of Psychology at Portland State University. She is also a clinical and community psychologist, documentary filmmaker and social justice activist. An interdisciplinary scholar, Haaken has published extensively in the areas of psychoanalysis and feminism, gender and the history of psychiatric diagnosis, group responses to violence and trauma, and the psychology of storytelling.
or
Not Currently Available for Direct Purchase
Copyright © 2020 American Booksellers Association