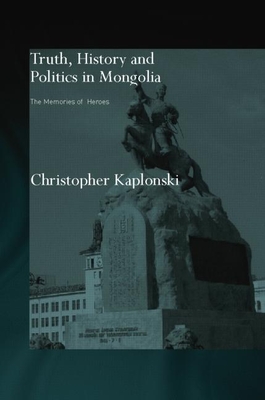 Truth, History and Politics in Mongolia

Using Mongolia as its example, this book examines how knowledge is transmitted and transformed in light of political change by looking at shifting conceptions of historical figures. It suggests that the reflection of people's concept of themselves is a much greater influence in the writing of history than has previously been thought and examines in detail how history was used to subvert the socialist project in Mongolia. This is the first study of the symbolic struggle over who controlled 'the past' and the 'true' identity of a Mongol, fought between the ruling party and its protesters during the democratic revolution.

Christopher Kaplonski, affiliated to the Mongolia and Inner Asia Studies Unit at the University of Cambridge, has carried out extensive research in post-socialist Mongolia where he has worked since the early 1990s.
Loading...
or
Not Currently Available for Direct Purchase