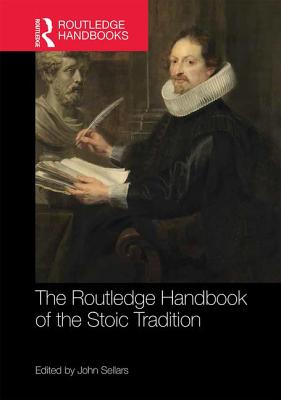 The Routledge Handbook of the Stoic Tradition

The ancient philosophy of stoicism has been a crucial and formative influence on the development of Western thought since its inception through to the present day. It is not only an important area of study in philosophy and classics, but also in theology and literature.

The Routledge Handbook of the Stoic Tradition is the first volume of its kind, and an outstanding guide and reference source to the nature and continuing significance of stoicism. Comprising twenty-six chapters by a team of international contributors and organised chronologically, the Handbook is divided into four parts:

An invaluable resource for anyone interested in the philosophical history and impact of stoic thought, The Routledge Handbook of the Stoic Tradition is essential reading for all students and researchers working on the subject.

John Sellars is a Lecturer in Philosophy at Royal Holloway, University of London, and a Visiting Research Fellow at King's College London, UK. He is the author of The Art of the Living: The Stoics on the Nature and Function of Philosophy (2009), and Stoicism (Routledge, 2006).
Loading...
or
Not Currently Available for Direct Purchase