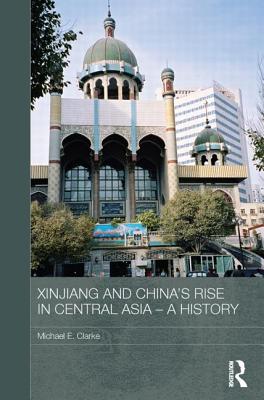 The recent conflict between indigenous Uyghurs and Han Chinese demonstrates that Xinjiang is a major trouble spot for China, with Uyghur demands for increased autonomy, and where Beijing's policy is to more firmly integrate the province within China. This book provides an account of how China's evolving integrationist policies in Xinjiang have influenced its foreign policy in Central Asia since the establishment of the People's Republic in 1949, and how the policy of integration is related to China's concern for security and its pursuit of increased power and influence in Central Asia.

The book traces the development of Xinjiang - from the collapse of the Qing empire in the early twentieth century to the present - and argues that there is a largely complementary relationship between China's Xinjiang, Central Asia and grand strategy-derived interests. This pattern of interests informs and shapes China's diplomacy in Central Asia and its approach to the governance of Xinjiang. Michael E. Clarke shows how China's concerns and policies, although pursued with vigour in recent decades, are of long-standing, and how domestic problems and policies in Xinjiang have for a long time been closely bound up with wider international relations issues.

Michael E. Clarke is a Research Fellow at the Griffith Asia Institute, Griffith University, Australia. He is the co-editor of China, Xinjiang and Central Asia: History, Transition and Crossborder Interaction into the 21st Century (also published by Routledge).
Loading...
or support indie stores by buying on