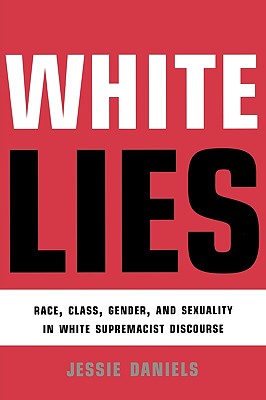 White supremacist groups have traditionally been viewed as fringe groups to be ignored, dismissed, or at most, observed warily. White Lies investigates the white supremacist imagination, and argues instead that the ideology of these groups is much closer to core American values than most of us would like to believe. The book explores white supremacist ideology through an analysis of over 300 publications from a variety of white supremacist organizations. It examines the discourse of these publications and the ways in which whites, blacks, and Jews are constructed within that discourse.

Jessie Daniels is Assistant Professor of Sociology at Hofstra University
Loading...
or support indie stores by buying on